Meet Janet and her team

Janet holds the COAPE (Centre of Applied Pet Ethology) Diploma, is an affiliate member of the COAPE Association of Pet Behaviourists and Trainers (DipCABT) and a Member of the APDT 01270 (Association of Pet Dog Trainers) and regularly attends workshops and seminars to keep up to date with new scientific evidence and training methods.

“By working to keep myself up to date I can offer the best possible service to my clients, their dogs and cats.”

Janet initially trained as a Riding Therapist, then went on to train as a Stud Assistant and moved to Somerset to work as Riding Therapist at the Sandhill Park Riding for the Disabled Group before founding ‘Animal Basics’ in 2000.

Janet has always had a keen interest in animals…

Janet currently has two dogs of her own Finn a Black Labrador Retriever who came to live with them when he was 9 months and Lottie, a Border Collie x English Springer Spaniel who joined us when she was just 7 months and brought a whole new set of challenges! Finn and Lottie both thoroughly enjoy their Scent work, as do I.

“He (Finn) had a few issues, which with my help he has overcome. He has taken me into the world of competing in Agility and Rally. In 2018 we were part of the winning South and South West Rally team competing at Crufts. An experience I never expected us to have. He thoroughly enjoys his Gun Dog lessons and recently passed the Gun Dog Club Grade two with distinction, September 2018.”

Her first dog was a “Heinz 57” Lurcher cross Jack Russell Terrier plus whatever breeds were in the dad’s ancestry. “Brambles taught me a lot, more than I fully realised at the time, he was a fantastic companion.”

Benjy was her second dog, a Labrador Retriever cross English Springer Spaniel – Benjy taught me the importance of understanding and utilising a dogs natural instincts in daily life and the way you approach their training.” 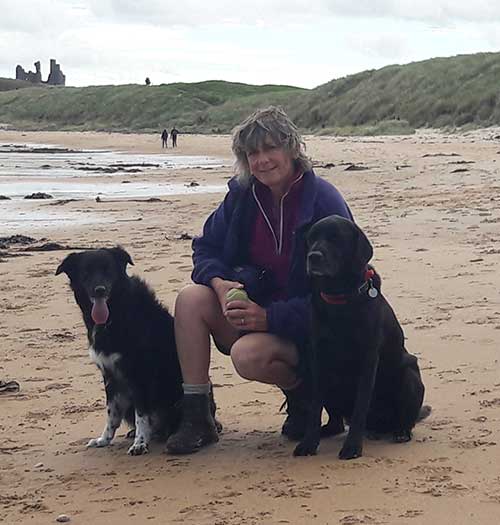 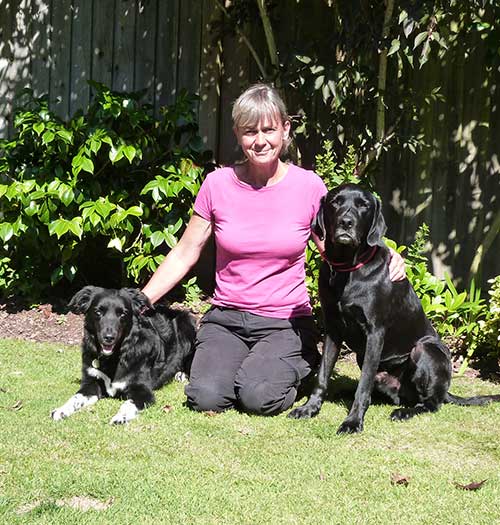